Incorrectly referred to as a “Garden Snake” 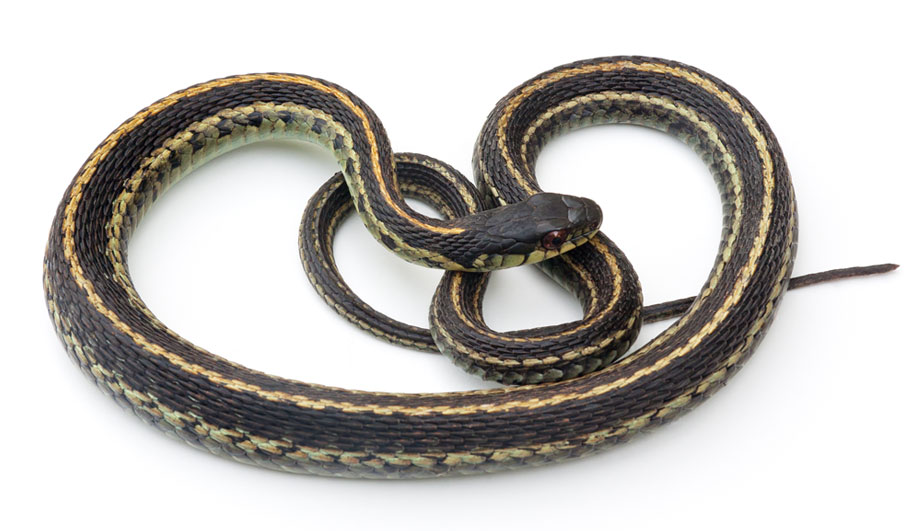 Garter & Gopher snakes are muscular, long serpents that can be intimidating because of their size; however, but there’s little to fear because they are nonvenomous. In fact, they are important to keeping the rodent population in check and maintaining their local ecosystems.

Garter & Gopher snakes’ coloring can depend on their subspecies and location. Often their colors blend in with local vegetation. They range from cream to light brown and have dark blotches on their backs and smaller dark spots along their sides, said Viernum. They generally have light-colored bellies, sometimes with spots.

Garter & Gopher snakes are sexually alike, with both males and females being around the same size. They have keeled (ridged) scales.

Garter & Gopher snakes are nonvenomous constrictors. This means that they squeeze their prey to death. There are some common misconceptions about how constricting works, said Heyborne. One is that constrictors crush or break the bones of their prey. Another is that they suffocate it, squeezing the prey’s lungs too tightly to work. “It turns out that the squeezing overwhelms the circulatory system,” explained Heyborne. Blood cannot get to the brain, and the animal dies within seconds due to ischemia.

Given their wide distribution, gopher snakes can thrive in many types of habitats. They can live in woods and forests, deserts, rocky bluffs, prairies, agricultural fields, shrublands and thickets, according to ADW.

Garter & Gopher snakes mate during July and August. It is the only time of year they socialize. Females emit a chemical through their skin that draws males to them and stimulates mating behaviors. Males will mate with as many females as they can each year. Males sometimes engage in ritualistic wrestling for the female.

Garter & Gopher snakes are oviparous, meaning they lay eggs. Females sometimes lay two batches (called clutches) of eggs per season. Eggs incubate in nests, which are sometimes communal with other gopher snakes. After a 65-75 day incubation period, 2 to 24 young hatch and are instantly independent. Gopher snakes have no parental involvement after laying eggs. Babies are born 12-18 inches (30 to 45 cm) long and can be up to 3 feet (92 cm) long after one year.

Female gopher snakes reach sexual maturity between 3 and 5 years of age. Males reach it between 1 and 2 years of age. In the wild, they live up to 15 years. They have been known to live up to 33 years in captivity.

If you’re curious, let one of these Garter or Gopher Snakes bite you. 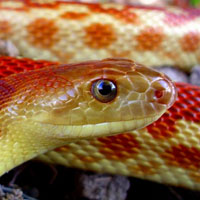 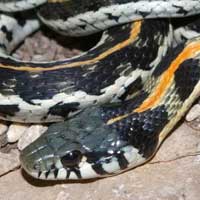 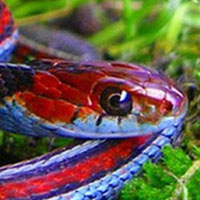 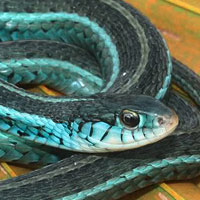 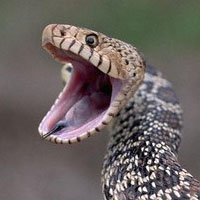 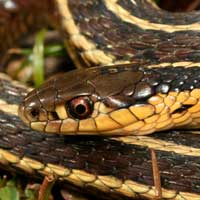 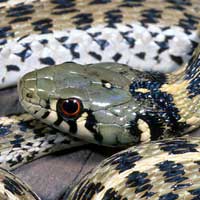 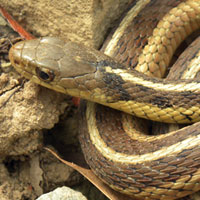 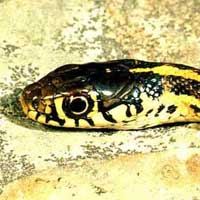 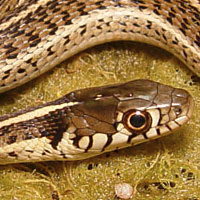 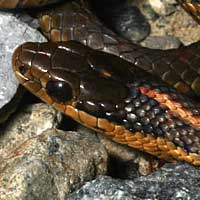 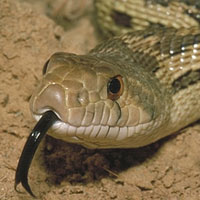 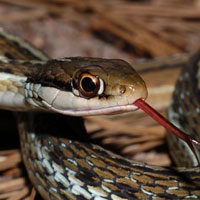 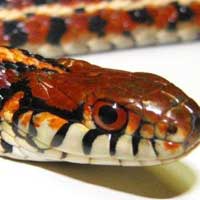 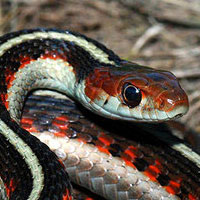 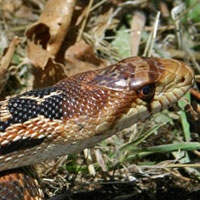 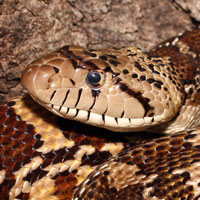 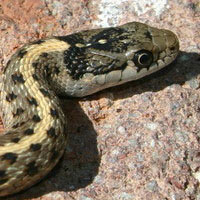 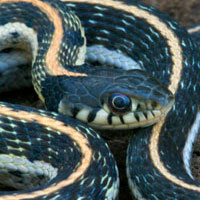 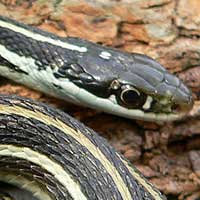 Many people mistake gopher snakes for rattlesnakes,” said Viernum. Both have splotchy dark markings on their backs, yellow or brownish coloration and large heads. They are both known to hiss loudly, vibrate their tails and flatten their heads when threatened.

This is a defense mechanism, designed to ward of potential predators. “This type of mimicry, where a harmless species mimics a harmful species, is known as Batesian mimicry,” said Bill Heyborne, a herpetologist and professor of biology at Southern Utah University. While it may be helpful in keeping predators away, Batesian mimicry can cause problems for gopher snakes. Humans often kill them thinking they are venomous rattlers. Viernum offered some ways to tell gopher snakes from rattlesnakes:

If you are unsure of the species, leave the snake alone. You don’t want to risk injuring yourself or the snake. Gopher snakes are nonvenomous but can still inflict a painful bite.